“Let me elaborate.”  To which my heart sighed in relief because I couldn’t understand alone.

“When you realized there was a hole, so to speak, in your husband’s armor, you saw a small piece of damage which left an open door to sickness.  It was there because of a previous situation in his life; one from his childhood; one he doesn’t remember.  Ministries have risen and died over this problem and the search for its solution. Great amounts of money have been poured into these holes and the resolutions have often been minor, at best.  You have witnessed this and wondered at the millions of souls chasing healing for wounds that don’t heal simply.  And yet, the solution is rather simple.  Come let me show you.”

He paused as we strolled through flowers bearing colors so vibrant that any earthly artist would covet the pallet.

“As you SIT on your throne of Administration each day, joining me in the overseeing care of the lives in your kingdom, I will show you these holes in their lives.  You have seen them often before and puzzled at them.  Your prayers seemed to affect them very little and that frustration made you shake your head.  You knew there was a solution in My Realm.  You just didn’t know what it was.”

“YES!”  I gasped out loud and my eyes zeroed on Him in almost confrontational stance.

He snickered as His eyes sparked with delight at my display.  The effect was a bit like sticking a pin into a balloon.  I deflated slightly, but not offended.  “Well,  YOU are God!  I KNOW there is nothing lacking a solution before you.”

He smiled fully.  “Right you are!”  His gaze turned forward and we began to stroll again as He talked.  “When I show you these holes, I expect you to fill them.  The common resolution has been to confront the individual about the old issue which caused it and pursue long hours of pecking into their psyche for the hidden answer.  But the answer isn’t there.  It never has been.  Not really.  Some have found healing and solution, but didn’t realize it did not come as a result of a search and confrontation approach.  The problem is a wound. It simply requires an appropriate bandage to heal.  You need to apply the bandage.”

“I do?” I asked surprised as I searched His eyes for more.

“Yes, you do.  It’s called liquid gold.  You pour it over the wound spiritually, filling the hole and covering the wound.  As the gold hardens, the wound is encased, the hole is filled, and healing begins.  This serves two purposes.  One is the healing, but the other is covering.  The gold covers the wound so that more of the old issue doesn’t dig the wound deeper and wider.” He looked into my eyes for comprehension, but I was still questioning.

“I need You to tell me plainly what liquid gold is.  I don’t mean to be dense and I think I can figure it out, but I don’t want to guess.  I want to know it plainly.  Is that ok?”  I spoke softly and humbly.

“Of course. That’s perfectly ok.  Liquid gold is Love; pure Love; it’s Me.  You could also call it ‘the blood’, except I thought you’d understand the analogy better with gold, since gold hardens and blood is liquid.” He smiled. “You must also understand that this is done from your Seat of Administration.  It’s where you have the responsibility to care for everyone in your kingdom and it’s where you have been given the governmental rights to do that.”

I kept strolling forward through those awesome flowers, letting His words sink into my mind and create the picture He had painted for me.  “OK, Jesus, please be patient with me, as I talk this through.  What you are saying is that as I see myself spiritually sitting on my throne in the Heavenly realm, gazing out over everyone in my kingdom, I will see these holes in people who are in my kingdom – or my realm of influence.  When I see a hole, it’s not because you want me to confront that person, but rather you want me to pour liquid gold, or Love, over the hole and fill it up, which also covers it.  This facilitates their healing but it also prevents further damage.  Right?”  and I turned to face Him again.

“OK, further questions.  Do I never tell this person about their hole?”  I probed.

“Maybe, but it depends on the situation and the circumstances.  Your only guide must be Me.  Each person is unique and special to me and it is unloving and disrespectful to barge before their throne confronting them openly.  They have a kingdom too.  They are also learning to govern and Administrate if they are My Son.  And if they haven’t discovered their identity yet, they definitely need LOTS of liquid gold.  Their eyes won’t open to see who they were created to be without it.”  He paused as He waited for me to process.

We walked quietly for some space and time.  I don’t remember much of the scenery because the weight of the information occupied me fully.  Then another question formed.

“Jesus, if we Sons each have our own realm of influence called our kingdom which resides within The Kingdom, it would seem that each of our kingdoms would do some overlapping.  If they overlap, then several Sons may see the same hole and if each Son is spiritually pouring liquid gold into that hole, that’s quite a bit!”  I exclaimed.

He smiled largely.  “Exactly!  You’re beginning to see it.”

“And, if the Sons are seeing holes in people who don’t know their identity yet, then those people could be receiving lots of liquid gold from several directions.  Wow.  I can only imagine that if all Your Sons were doing this all over the world, then . . . . wow!  Could this be heaven on earth?  Could it, Jesus?”  I exclaimed in wide-eyed surprise.

Jesus turned and danced a little jig in a circle right before my eyes, then ended with His arms spread wide open and the grandest smile on His face.  He didn’t answer.  He just took a deep breath and looked deeply into my eyes with the greatest satisfaction.  As the impact took hold in my heart, Joy exploded.  I gasped with mouth wide and slowly advanced toward His arms.  The last couple of steps resembled a launching motion as I virtually slammed myself into His body. We embraced and the jig became part of my steps.

10 thoughts on “Healing With Liquid Gold” 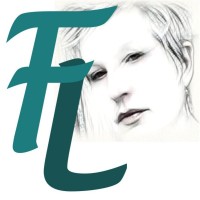 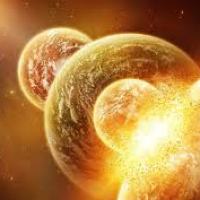 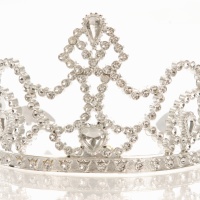 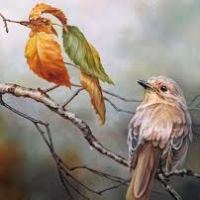 Be INSPIRED. Make a SHIFT. Live at EASE.

way cooler than that other guy's blarg

Growing into Complete ONE

Out of the pen

Life words for the soul and spirit John 10:10

Stories From The Journey
hazelmay64

From the Writer's Cluttered Mind

one life, one shot

sailing, skydiving, adventure and finding my way in this thing called life

it's about having free time and freeing up your time for what you enjoy, it's about time to be free

Living from Heaven to Earth

real life stories from Portland, OR